Dear Jenny,Am so glad to hear from you, I know the recent Job you got has really keptyou guite for some time but never mind i understand that.I will send your regards to my people a they will be so happy to hear hard. you have done alot and help them too.yes there is a slight improvement in south sudan interms of exposure to education and health staff though there is still a lot pending for us to complete the knowldge i have acquired will be of a great advantage to our people,I can volunteer as a teacher in the Diocese school before i get a job and as i look for a job.I hope things inprove back home soonThanks with loveMike
Posted by JenG at 03:55 No comments: 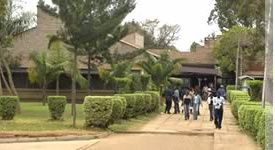 How are you doing over there in this winter?
I am doing fine and started my lectures fully from last week. I was at CMS office the money sent that is the sum of 1,108 pound has reflected in the account and i have paid my fees and some for the expenses.
I appreciate the effort you have done towards raising the money in this short period i am so grateful thank you so much and all my sponsors who have been supporting me spiritually and financially.
Thank you and God bless you.

with love Mike
Posted by JenG at 13:58 No comments:

Dear Jenny..just woke up after going through the surgery and had a deep rest. it's the pain that am going through now but pray it will end soon as i take my drugs. will get some time and write to you a mail when i get better. thank you for the care and concern God bless you.
Posted by JenG at 14:41 No comments:

i just had a check up with the doctor and he told mi the swelling is due to the hair purse within the operated region which led to accumulation of purse hence there is a chance of it increasing if not delt with so soon. he said it needs a minor surgery as a solution am just so scared after goin thro all that again. he said its not an expensive surgery only 20,000ksh which i can get from my savings. my greatest worry is that i have missed lectures for a week and am going to miss again for another one week i really dont know what to do. always praying for miracle to happen.
Posted by JenG at 14:39 No comments: 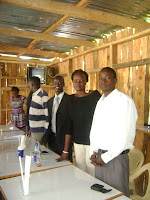 How are doing over there? hope everything is better and busy with work and the duties.It's CATS week i started yesterday and will be completing this week then work on the remaining assignment that is pending. so far fairly done and hope to finish them next week.I have paid my fees and registered for the semester (attached). every blessing to you hi to my friends over thereWith love Mike
Posted by JenG at 14:59 1 comment:

Warmly Christian greetings from Kenya, how are you doing over there?I am doing fine and proceeding well with my studies though it has become much tougher than before. I have finally received the money that you had sent before Christmas. I have paid my fees and my bills and will send you the receipt next time when i come with it. It had been delayed but i waited for it patiently. The office of CMS has always been there  to help me out when i need to get some money on loan, since they understand the situation over here.It has been a stressing week. When i went for my progressive transcript from first year up to fourth(4) year, I found out three(3) missing units. (I will send it to you  soon). I have been following them up with the lecturers so that it doesn't affect me. My project is going well  though sometimes my Supervisor doesn't meet me since he is always busy doing other things.hi to my friends over there and the family membersWith love Mike
Posted by JenG at 04:13 No comments:


STATEMENT BY COUNCIL OF CHURCHES
ON
THE CURRENT SITUATION IN

Peace I leave with you; my peace I give to you. I do not give to you as the world gives. Do not let your hearts be troubled, and do not let them be afraid. (John 14:27)

The Church has a mandate from Jesus Christ to bring his peace to the world. It is indeed not “as the world gives”. Peace as the Church understands it is not simply the absence of fighting, nor is it an uneasy short-term truce while the underlying issues remain unresolved. Peace is not maintained by military force, although all of these may provide a window of opportunity to pursue true peace. Peace, true peace, the “my peace” of Jesus Christ, is based on the dignity and equality of every human person made in the image and likeness of God, and includes love, forgiveness, reconciliation and justice.

The Church expresses its deep sorrow and regret that violence has broken out in South Sudan so soon after . Our thoughts, prayers and sympathy are with all the affected individuals, families and communities. As a nation we need to rediscover and reclaim the peace and unity which was felt so strongly during the period of the Referendum and celebrations, and which was an example to the whole world.

In fulfilment of Christ's mandate, and at the request of the Government of South Sudan, the Sudan Council of Churches spearheaded a peace initiative between the Lou Nuer and Murle communities, also involving other communities in , for several months. This included visits to the communities by Church and political leaders for fact-finding and mobilisation, concurrent but separate conferences for each of the two communities, production of situation analyses and selection of mobilisers/negotiators at those meetings, and training of the mobilisers/negotiators. It was to have led to a joint conference in mid-December 2011, but the situation on the ground and the advice of the political leadership resulted in the postponement of the conference. Tragically, serious fighting then broke out around Christmas, which ought to be a holy season of peace and love. Many lives were lost, atrocities were committed, a humanitarian disaster was caused, and regrettably a new cycle of revenge and retaliation began.

SCC would like to highlight some of the factors which contributed to the recent fresh outbreak of violence.

The peace process has not failed, because peace cannot be allowed to fail. The process will continue. SCC anticipates that there will now be two tracks.

The first track will be spearheaded by the Government and political leadership and will be a higher-level process. It will include the provision of security, humanitarian relief to affected communities and support to addressing major long-standing development challenges such as provision of roads to ensure the overall strategy is a success, all as a means to allow a window of opportunity for the peace process.

The second track will be spearheaded by the Church and will be a grassroots peace process, using lessons learned from the People to People Peace Process (Wunlit), and from Church-led initiatives in other pastoralist conflicts in East Africa, as well as reflection on the current situation. In particular it will try to involve the armed youth, who are a force in their own right, not under the control of either traditional or modern leadership structures. SCC will identify, train, equip and support key individuals from within the communities (and particularly from within the youth) who will act as peace mobilisers. The network formed by these individuals, not only amongst the Lou Nuer and Murle but also other communities in Jonglei State, will form the basis for future peace processes. It is a model which can later be extended to other states.

The Church will seek to liaise and collaborate with the high-level track, while devoting its own efforts to the grassroots track.

The Church therefore commits itself to a long and severe peace process which does not focus primarily on “fire-fighting”, of dealing with the short-term symptoms of conflict, but rather on the long-term changing of attitudes and value systems which will eventually lead to a generation free of armed conflict. This change from a culture of violence to a culture of peace will involve trauma healing, as well as dealing with the roots of the conflicts between communities.

There have been many peace processes, conferences, meetings, etc in in the past, and many recommendations have come from the various communities, but few of these recommendations have actually been implemented. In particular, it is clear that under-development is a key driver of conflict in the area, and this is exacerbated by a perception that some communities are neglected. Development of the more isolated parts of must become a priority for Government (eg roads), the business community (eg mobile phone networks) and the aid community.

The Church, speaking in its Prophetic role, makes the following urgent appeals:

To all the communities in :

To the Governments of South Sudan and of :

To the UN, particularly UNMISS:

To the NGOS and donors:

To the business community:

To all citizens of the :