Education: When government is more hindrance than help

EDUCATION FOR TRAVELLERS
Guest post by Revd. Adrian Brook, Chaplain to Gypsies, Travellers and Showmen in the Diocese of Salisbury

Historically Travellers had little or no schooling partly because of their nomadic lifestyle and partly because they could not see a need for it. In more recent times however it has been recognised that a basic education has value but there is still an underlying reluctance for most Traveller parents to send their children to school. The reasons for this are varied and complex but one underlying factor is that schooling invariably erodes cultural identity.

The fact that Gypsy, Roma and children of Irish Traveller heritage (GRT) are the lowest achieving ethnic group is well documented. This has been recognised by successive governments who have tried to address this problem by various strategies and means but have met with limited success.
Read comments from the Ministerial Working Group report on tackling inequalities experienced by GRT children:
http://www.education.gov.uk/schools/pupilsupport/inclusionandlearnersupport/mea/improvingachievement/a0012528/gypsy,-roma-and-traveller-achievement

The measures outlined address some of the areas that are contributing factors towards underachievement but all focus on regular attendance at school as the solution. This is not a realistic solution for groups with nomadic lifestyles.  Recent government proposals to scrap clause 6 of section 444 of the Education Act 1996 will compound this problem further and has caused a lot of concern among Travellers as well as professional bodies involved in Traveller education. The Traveller Education Support Service provided by the Dorset Education Authority has also been scrapped which will have a particularly damaging effect on children whose parents work on travelling funfairs.
A delegation from the Showmen’s Guild recently met with Michael Gove MP, The Education Secretary, to express their concerns about the proposed changes to section 444(6).

Distance learning has proved to be the most successful strategy for Traveller schooling particularly for those with a nomadic lifestyle, unfortunately support in this area has also been withdrawn.
See statement from the Advisory Council for the Education of Romany and other Travellers:
http://www.travellerstimes.org.uk/blog.aspx?n=0936f8cf-beab-42e9-a4f9-0ff01a1b7ec7&h=False&c=f1b1c82c-0f3c-4edf-98cd-502ea80ed8fa&

Through my own experience and studies I feel that a well-resourced distance learning facility would enable GRT to have an education such that it would allow them as a minority group to maintain their distinctiveness but be able to operate within the majority society with an equal capability.
With today’s communication IT and media it would be possible to provide schooling through virtual tutors which would overcome difficulties related to attendance and continuity. There are a growing number of distance learning providers and ‘virtual academies’ but they are expensive to use and tend to be in specialist areas.  STETS, in our own diocese, relies heavily on distance learning.
Distance learning requires the pupil to be motivated and should ideally involve the whole family. This could be tackled by using a non-curriculum based approach such as the Learn to Live programme which has been successfully piloted by Devon County Council. It has worked particularly well with pupils facing exclusion.  Learn to Live is a person centred approach that relies on personal and corporate advocacy. See link:
http://www.ellen-tinkham.org.uk/LearntoLive.html

As I see it there are two possibilities by which the programme could be delivered to Traveller pupils.


This is a very brief resume of the idea but I hope it can be given serious consideration.
Posted by JenG at 05:15 No comments:

The Stour and magazine provided a classic example, last week, of the way the local press are willing to keep negative stereotypes alive.  After Travellers had spent nine days in the West Parley area, the reporter refers their presence as an “invasion”, and manages to imply that they left a lot of clearing up for others to do after their stay.

First let me tackle the issue of an invasion.  People of a nomadic  lifestyle would be happy to encamp on open land in a way that did not impact on the public use of that land, if it were available to them, or to stop on reputable sites for temporary encampments if any were available to them.  The fact is that it is extremely difficult if not impossible to get agreement for the creation of legal sites and most open spaces in Dorset are now surrounded by bunds (earth banks) and/or large rocks and/or barriers with a limited height restriction, precisely to prevent encampments. It seems to me illogical to deprive people of anywhere to stop, so that people can get water, eat and sleep, and then to complain if they make an entry onto the nearest available land they can access. Everyone has to be somewhere.

Then let’s think about biased reporting.  None of these “invasion” stories ever gives any space to the Traveller point of view, and there is never any evidence of the reporter having contacted the group concerned to seek their side of the story.  But I personally have visited both traditional Romany and so-called “New Age” Travellers who take great pains to leave a camping site immaculately clean and tidy.  I am amazed that, in a county with an immense fly-tipping problem, nobody ever seems to wonder whether rubbish has arrived on site after the departure of the Travellers.

Let’s also think about local authority duties and powers.  The duties of local authorities extend to everyone in their area, not just to those permanently resident there.  Yet has always adamantly refused to provide water or rubbish collection services to people in temporary encampments.  I wonder how easy local residents would find it to keep their environment clean and tidy if rubbish collections ceased altogether?  The evidence from refuse collectors’ strikes suggests that it would quickly become impossible.

Finally, what about institutional racism?  The parish chairman talks about putting in place a “warning system” for the future.  I wonder did it never occur to him that a welcoming system might be more fruitful?  Like saying, “Welcome to our village, here is some information about local services.”
If lines of dialogue could be opened up, perhaps the next time they came that way, Travellers might be willing to find somewhere more convenient to stop!

In search of equality

Ever since the 1999 OFSTED report that described Gypsy Roma and Traveller children as "the group most at risk in the education system", there have been official expressions of concern, some genuine efforts to find out what works and a depressing lack of progress. 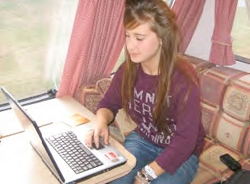 Common-sense ideas have included the suggestion that racism and bullying need to be tackled.  Brilliant ideas included providing children who travelled away from their winter-base school with a laptop and Internet access, so that they can experience ICT-enhanced learning, and stay in contact with the school via e-mail.

Sadly, schools by themselves can hardly be expected to tackle the level of racism that exists in our society towards Gypsy, Roma and Traveller people. As the CRE has noted,
“For this group (Gypsies and Travellers), Great Britain is still like the American Deep South for black people in the 1950s. Extreme levels of
public hostility exist in relation to Gypsies and Travellers –fuelled in part by irresponsible media reporting of the kind that would be met with outrage if it was targeted at any other ethnic group.”
In this context, bullying can be quite subtle and hard to challenge. If nobody wants to be friends with you, how do teachers tackle that?  As one 13 year-old wrote:
"Most of my teachers won't have time for me.  They think I am just wasting their time because all the other Travellers that have been to my school have never stuck it out because it is so lonesome."

Meanwhile, the Department for Education itself has sternly discouraged any attempts towards flexi-education, writing:
"Where parents have entered in to flexi-schooling arrangements, schools may continue to offer those arrangements. Pupils should be marked absent from school during periods when they are receiving home education."
Which, of course, shows as a drop in performance for the school, and loses them funding.  So far from being incentivised to prepare distance learning materials, teachers co-operating will be penalised. Nice one, DfE!
Posted by JenG at 15:06 No comments:

Gypsy and Traveller Children and their Education.

The headteacher of my primary school was not likely to be ignored or forgotten.  She had bright pink hair, spoke with a Lancashire accent and was a passionate advocate of the rights of Gypsy children to an education.  In the 1950s there were almost no local authority sites, so most Gypsy families travelled from place to place, as seasonal work ebbed and flowed across the country.  A Gypsy child would be very unlikely to appear in your school, because most schools wouldn't accept them, and most Gypsy parents wouldn't trust "gorgios" with their children anyway.

But it just so happened that Phoebe had transferred to us from a small village school whose catchment area included a sizeable Gypsy encampment.  Somehow, she had persuaded, encouraged and charmed that community into sending their children to school, and she wasn't about to allow anyone to jeopardise any Gypsy child's attendance at her school by discriminatory behaviour or outright bullying. Many times I have wished that Phoebe were still around today!

When schools say, "Oh, it's not racism, it's just name-calling," I wish for a Phoebe.

When schools say, "We haven't the resources to meet their needs," I wish for a Phoebe.

When schools just refuse to admit Traveller children, and the local authority isn't told anything about it, I wish for a Phoebe.

But really, all it needs is a recognition of our common humanity.  As one artistic child colourfully said: 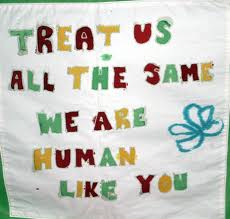 For four years, this blog has been dedicated to recording the progress of, and messages about and from Mike Yemba Soro.  Now that Mike has completed his university course and got a job, I am re-dedicating this blog.  But first, congratulations for Mike, who has worked so hard and learnt so much. 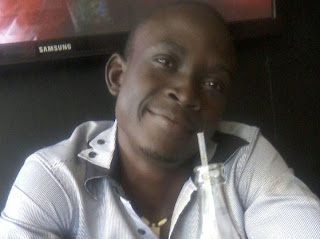 Mike has faithfully kept in touch, and thanked all the people in this country who supported him - quite an onerous task on top of all the study, and I am truly grateful to him for it.

Now I am proposing to dedicate this blog to issues affecting Gypsies, Travellers and Showmen.
Posted by JenG at 06:11 No comments: