Free me lord
For I feel so trapped
Living in a house
When I sooner be back
Where the wild winds flow free
Where the birds sing
From Swaying trees
Where nature is my only home outside the trailer
That's where I belong .
I miss the open fields
And the open skies
So blue
I miss the earthy
Smells and the morning
Sweet dew
And the chavvies smiles
Running about
Not a care to be had
Those are the days
I wish we still had
Where mummy and me
Would sit outside
And could hear the waves
Turning of the Crashing tides
Where family would meet
And gather at night
Sing many songs
With star filled nights
Oh my father let this
Be Our family
Go back To the land and the free xxxx
Klee x
Posted by JenG at 12:59 No comments:

Did you realise that we've just passed the 30th anniversary of the Battle of the Beanfield? 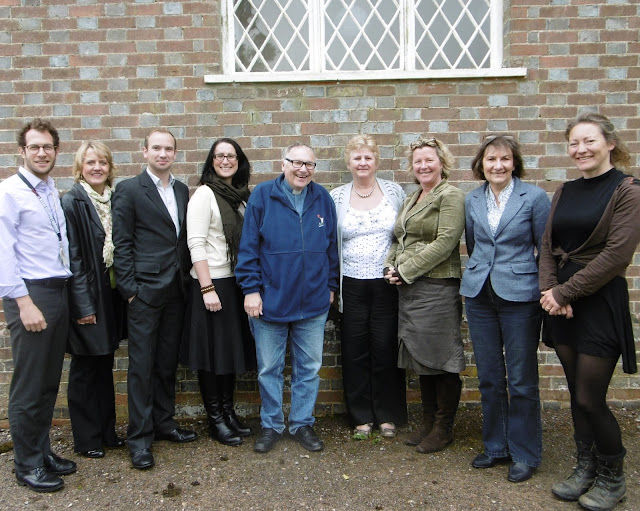 Travellers Tackle Prejudice
Thirty years on from the Battle of the Beanfield, Gypsies and Travellers still face huge levels of hostility and prejudice according to Kushti Bok, the Dorset charity that aims to provide a voice for Gypsies and Travellers.  On Tuesday, 2nd June, Kushti Bok hosted an inter-agency meeting that pledged to address negative stereotypes and to work for improved community relationships.

Note to editors:
Ø      The so-called “Battle of the Beanfield took place over several hours on 1st June 1985, and was covered by journalists who were utterly shocked by the level of violence displayed by the Police.
https://www.youtube.com/watch?v=JHyDaAXw8Ck 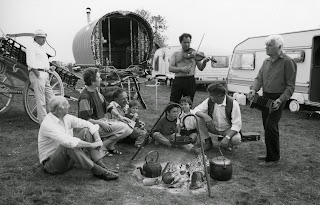 Introduction
The past year has seen some very positive changes, such as the very much appreciated opportunity to hold meetings in Church House, and the very valuable participation of Dr Elizabeth Henry of CMEAC and of and Olby of the .

There have also been very welcome links with organisations who are effective and friendly allies in fighting injustice and promoting positive messages about the Gypsy Roma and Traveller communities.

Our own progress has included

Ø      opening a bank account
Ø      making a beginning on a business plan
Ø      agreeing a constitution
Ø      making representations in response to the consultation on Traveller sites policy
Ø      establishing a facebook group which now has 26 members, most of whom were previously not in contact with CNGTR.

Constitution
The constitution sets out the aims and management of the Network, and who is eligible to join. This probably needs regular review to ensure that it is sufficiently clear about objectives and enables us to approach possible funders.

Links with allied organisations
The Gypsy, Roma and Traveller Police Association held its inaugural AGM on 27th March, 2014, and was welcomed by the Network on 31st March. 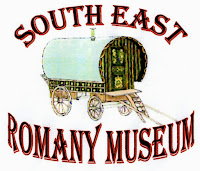 The family of the South East Romany Museum expressed their willingness to host a re-launch event for the Network, and this is still under consideration at the time of writing.  This contact led to further involvement with Kent Romanies Moses Smith, Pashey Smith, , Esther and Olby , and their friend Miranda Thompson, who have since attended some meetings, and sought our help in establishing a non-exclusive non-sectarian Christian fellowship. This challenge has been taken up by Wesley and Clare Sargent of the Congregational Church, who feel led to proceed on the basis of growing relationships rather than structures.

The All-Party Parliamentary Group for Gypsies, Roma and Travellers  alerted us to the consultation document from the Department for Communities and Local Government, which proposed, in the words of the  APPG chairman to “re-define Travellers out of existence”.  In response to this, The Community Law Partnership published a discussion document and hosted an event in to draw together ideas for responses.  This was attended by the Co-ordinator, and led to a response from the Network which now appears on the Community Law Partnership’s web site. (http://www.communitylawpartnership.co.uk/noticeboard/campaigns-and-consultations)

The Travellers Aid Trust held two national meetings which discussed this among other issues facing the GRT communities, and these were attended by the Chairman and the Co-ordinator, with Roger giving a presentation at the second.

The London Gypsy Traveller Unit  responded with an excellent video and with a postcard response campaign, “weSTILLcount”, which we supported by posting on facebook and distributing postcards.

The Irish Traveller Movement Launched “Operation Traveller Vote” to encourage Travellers to register to vote, and to use their vote.  This led to many people expressing the need to have the different parties explained to them, and members may feel that the empowerment and enabling of an informed voice and vote for all Roma and Travellers is something that the Network could support in future.

In the event, Eric Pickles’ proposed guidelines were blocked by David Laws, who has since lost his seat, so the future is uncertain.

Membership
The network had an e-mailing list of 63 members as at March last year, and this now stands at 56.  The leavers have said that they are no longer involved with Gypsy Traveller and Roma issues, or that they are too busy to participate in the Network.  Two of the e-mail addresses are not functional, and three are new contacts, one from the Evangelical Alliance, one from a pastor working with Roma, and one from an Anglican in the Exeter Diocese.

We need to increase the size and representativeness of the active membership.

Bank account
The bank account was opened with £25 donated at a meeting, and augmented by an individual gift of £100 since then.  £30 is due to come out of that to pay for a Rail Card for the Co-ordinator.

Conclusion
The coming years will be very challenging for all  minority ethnic groups, as Human Rights legislation is potentially reduced, and the growth in number of Traveller sites probably further slowed.  It is foreseeable that both of these will be accompanied by public rhetoric tending to xenophobia. As an organisation whose active membership is very small, the Network needs to plan its aims and strategy carefully in order to be effective.