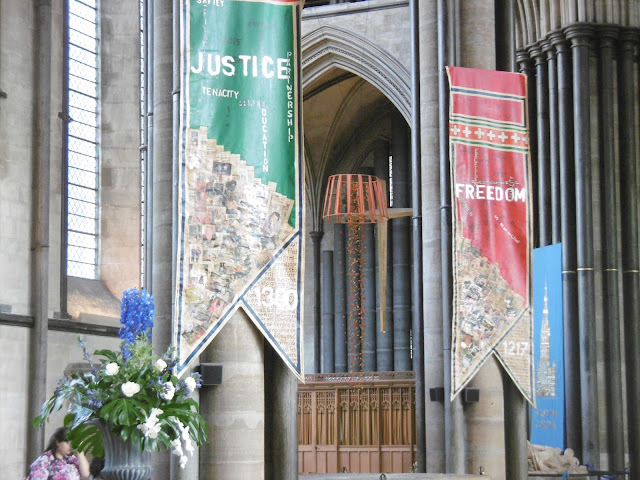 I love village pantomimes. It's great to see the children taking part, and to hear all the young voices yelling out from the audience.  It's comical to see the pantomime dame trying hard to convey that he would never normally enjoy drag, even as he minces limp-wristed around the stage. It's awesome to see the talent that you'd never suspect producing wonderful performances and some truly excellent scenery and costumes.

So it was disappointing to come away from our local panto feeling uncomfortable and guilty.

You see, the baddie had an ally who was just as black-hearted as he was, and the villain was a Gypsy. Well, I'm all for equality - why not a Gypsy?  What made me feel uncomfortable was the racist stereotyping that all those happy young people might take away with them as possibly the only thing anyone had ever told them about Gypsies. The brewing up of poisons was one example.  The stealing of fair-haired children was another.

What would you have done?  What would Jesus have done?  I felt it was wrong to just be silent, but probably hugely counter-productive to make a fuss. 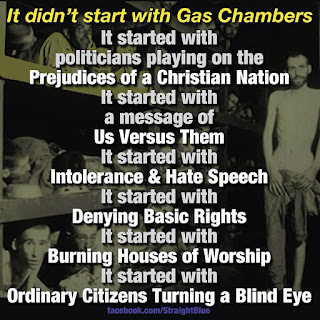 When the organist played "The Old Rugged Cross" in church this morning, I thought it was possibly a little nod towards the spirituality of the Romani people, and was momentarily comforted. But when I asked him, it was in fact a memory of a Billy Graham crusade.

So what do I do now?  All suggestions gratefully received. What God has to say about it was displayed in the cathedral when I got my Permission To Officiate.  God is on the side of freedom and justice. The reading this morning reinforced that. But just being FROG (fully reliant on God) feels a bit like just standing by. We can't just turn a blind eye. Can we?  Again?
Posted by JenG at 05:45 2 comments:

A Sinti boxer in Nazi Germahy 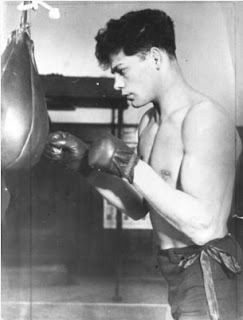 The theme of this year's Holocaust Memorial Day is "Don't stand by".  This heart-breaking story of a talented young boxer in Nazi Germany is a good illustration of why we should not stand by.

"They're trying to legislate us off the face of the earth"

New Planning Policy Guidance, its context and its impact

Context
Caravan Sites Act 1968
Created a duty for local authorities to provide caravan sites for Gypsies residing in or resorting to their area.  Never enforced, and never implemented by some authorities, it nevertheless resulted in a reduction in unauthorised encampments, and the provision of approximately 300 sites, providing about 5,000 pitches by the time the relevant sections of the Act were repealed.

Criminal Justice and Public Order Act 1994
Removed the duty to provide sites, and resulted in an almost complete halt in the provision of local authority sites.
The rationale was that Gypsies and Travellers should provide their own sites, which many attempted to do.  However, planning law and local prejudice have combined to create a severe limiting effect on new sites, and many who have won planning permission on appeal have only temporary planning permission.

Created a criminal offence if anyone remained on land where they had parked up or returned to it, after being directed to move. (A police direction did not require a court order.  This was so draconian, and placed such stress on Travellers’ health, welfare and educational opportunities that many police forces have been sparing in the use of this power.) Local authorities and others had the option of obtaining a court order, which could also result in a criminal conviction, followed by prison, a substantial fine, and/or the seizing of living accommodation if not complied with. This power has been used so extensively, that families have suffered a constant cycle of evictions, with serious consequences for their well-being, access to health care, access to education, and opportunities for social inclusion. Many Travellers now find travelling impossible for these reasons.

Housing Act 2004
Required local authorities to assess the accommodation needs of Gypsies and Travellers when drawing up their local plans.

The Housing and Planning Bill 2015/16
Contains a clause (Section 5, clause 84) which removes the requirement for local authorities to carry out an accommodation needs assessment for Gypsies and Travellers.

Planning Policy for Traveller Sites 2015
Ø      Defines Gypsy or Traveller to exclude people who have settled permanently.

Ø      Makes planning permission for sites on Green Belt land almost impossible.  Exceptional needs such as disability, ill health or old age will no longer be considered to “outweigh the harm to the Green Belt”. The government acknowledge that this will particularly impact single women with children, whose opportunities for mobile occupations are much fewer than those of men, but chose to include this part of the policy regardless of the  vulnerable families who would be affected.

Ø      Having stopped on land before seeking planning permission will count against applicants.

“Faced with relentless enforcement action taken against unauthorised encampments many Gypsies and Travellers will decide that it is no longer possible to continue travelling and will seek planning permission for a site. Yet in order to stand some chance of getting planning permission they will have to show that are still travelling! It’s a classic vicious circle of the Government’s own making!

“The position of those Gypsies, Travellers and Travelling Showpeople who are too old or too ill to continue travelling is even more problematic. They will no longer fall within the planning definition of “gypsies and travellers” and “travelling showpeople” and will stand no real chance of obtaining planning permission for a caravan site despite the fact that they may be in greater need of a site than younger and more mobile members of their respective communities!

“We believe that these policy changes may be challengeable on grounds that they are discriminatory and violate the rights of Gypsies, Travellers and Travelling Showpeople which are protected by Article 8 of the European Convention on Human Rights. We hope that those people most affected will take action to force the Government to reverse these policy changes and that this blog will encourage them to do so.”

Expressions of concern from the Traveller communities

Of most concern has been the issue of people’s ethnic identity being denied.
“If I’m not a Gypsy, what am I?”

The future for younger members of the community appears especially problematic. If they have grown up on a settled site, it seems their ethnic identity will not be recognised, and they could be denied the right to even apply for planning permission for a site, or for a place on an existing site. “What’s going to happen?” said one young mother. “Are they going to tell us we aren’t Travellers any more, and bulldoze the site?”

Where authorities have accepted that they have a resident local population of ethnic Travellers, some quiet settled Traveller sites have been “tolerated”, rather than given planning permission. “I’ve been on a tolerated site for over thirty years now,” said one old age pensioner.  “We just don’t know what’s going to happen to us.”

Other Traveller sites have experienced a stressful series of time-limited planning permissions.  If the residents of these sites have made the effort to settle, and quietly pursued their local occupations, it seems they could be penalised by being re-defined as not-Travellers, and denied a renewal of their planning permission. “They’re trying to legislate us off the face of the earth,” said one such person.